For three months, putin’s armed aggression against free Ukraine has continued, resulting in thousands of military and civilian deaths, tens of thousands wounded, hundreds of destroyed cities, towns, civilian infrastructure, kindergartens, schools and hospitals. Millions of refugees. Ukraine and its people prove their devotion to European standards to the world community at the cost of their own lives. Through the heroic struggle for every piece of their native land, the Ukrainian people prove that independence, freedom and national dignity are their highest values. Ukraine, which was not allowed into the European Union or NATO, accused of propensity for corruption, which was predicted to take over russia for several days, stopped the aggressor on its own and with its heroic struggle proved Ukrainians’ full compliance with European values and Euro-Atlantic standards. At the cost of thousands of lives of their best sons and daughters, the Ukrainian people have stopped the spread of the russian plague in Europe.
Despite the aggressor’s temporary seizure of part of Ukraine’s territory, the national judicial system continues to function fully under martial law. Unfortunately, several courtrooms were destroyed or damaged, several court staff were killed and injured, and many judges and court staff lost their homes. The President of the Supreme Court promptly decides both on the temporary change of territorial jurisdiction and on the resumption of the work of the courts in the territories liberated from russian. A significant number of judicial employees on their own initiative serve in the Armed Forces of Ukraine, voluntary military formations, engaged in public volunteer work. Judges decided to voluntarily transfer part of the salary to the Armed Forces of Ukraine during martial law.
Of course, Ukraine is going through difficult times. But we are confident in our victory. We will rebuild destroyed cities and villages, kindergartens, schools, hospitals. We will rebuild our economy. Our country needs help now. We are grateful to the world community for the humanitarian cargo and weapons provided. But it is equally important to combine international efforts to promptly investigate russian war crimes and acts of genocide in order to bring the perpetrators to justice in a timely manner. Another important area is the identification of assets of russia and its citizens, which are subject to international sanctions, as well as the development of effective mechanisms for their implementation. Judges of Ukraine appeal to their European counterparts to assist in the following:
– Ukraine will be admitted to the EU as soon as possible
– The soonest recovery of its economy
– Prompt consideration of court cases related to the consequences of armed aggression in Ukraine.
On September 21, 2017, the United Nations Security Council unanimously passed Resolution 2379 mandating the establishment of an Investigative Team to collect and preserve evidence for use in national courts of international crimes.
The resolution requests that the Secretary-General establish “an Investigative Team, headed by a Special Advisor” to support domestic efforts to hold ISIL accountable by collecting, preserving, and storing evidence in the Republic of Iraq of acts that may constitute war crimes, crimes against humanity, or genocide. Resolution 2379 and the Terms of Reference contemplate that evidence collected by the Investigative Team may also be used in “criminal proceedings conducted by competent domestic courts and in third States.” It is advisable to initiate the adoption of such a resolution on Ukraine!

Please adopt a resolution in support of the appeal of the Ukrainian Association of Judges Association to the UN Security Council to establish a special investigation team. 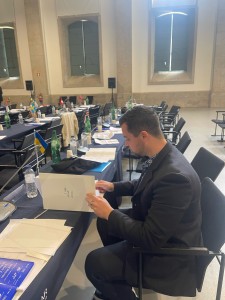 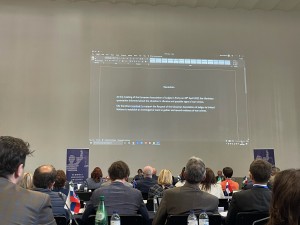 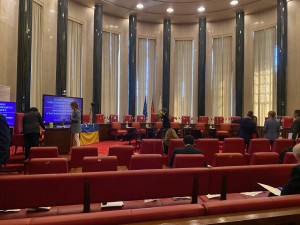 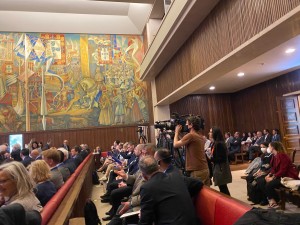